Eyelet Outlet Record Brads, that is! They're the newest release in the EO Store and bound to be a big hit if you ask me (Lauren)! Here are a couple of cards I made: 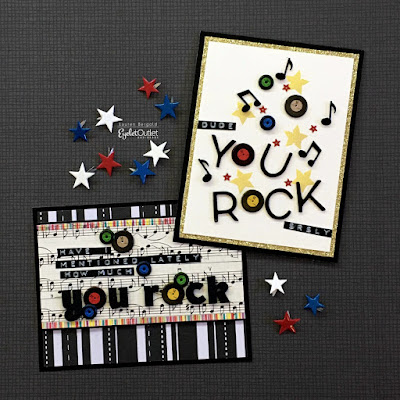 As often happens, I had two ideas. In this case one was pretty minimal and one was... ummmmm... not, lol. Let's start with the maximalist version: A long sentiment made of Dymo labels and foam stickers, with the O's swapped out in favor of the larger Record Brads, with a few extra large and small records scattered about, and a band of Skinny Tape at the top and bottom. 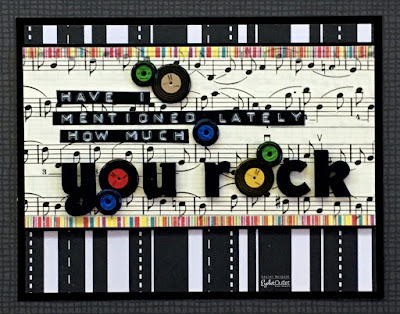 And here's the minimalist take: shorter sentiment, but again the Record Brads stand in for the O's in "You Rock". In addition to scattering a few more records, I've added some Music Note Brads and some tiny red Star Sequins over a few stenciled stars. 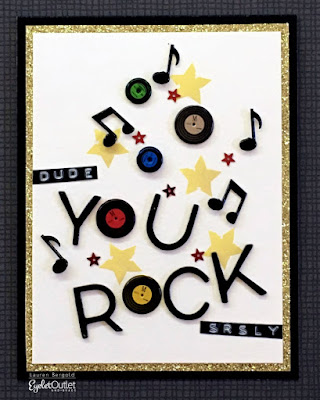 When you can't decided between two ideas, why not MAKE BOTH! I promise, we have plenty of Eyelet Outlet Brads for you to experiment with!

Lauren Bergold
is old enough to know that
the Big Records are LP's or albums
and the small ones are 45's or singles.
(& YES she had tons of both Back in the Day!)
Posted by lauren bergold at 3:00 AM