December first is fassssssssst approaching, which means it's time to get *SERIOUS* about making our holiday cards. Stephanie and I (Lauren) work on ours all year round, via Jingle Belles, but I nearly always find I need a few more right at the end, which is why I'm so glad to have a stash of Christmassy Eyelet Outlet goodies, like these awesome Holiday Light Brads! 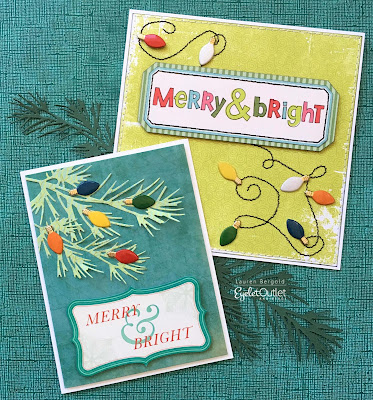 There are probably a gazzillion great ways to use these, but I'll confine myself to just two... for now. My first thought was a strand of Xmas lights, in a tumble, with a swirly cord. Since I had to do the machine stitching before I set the brads, I not only dry fit where I thought I'd want each bulb to go, I also drew, very lightly in pencil, the path I thought the swirl should take. 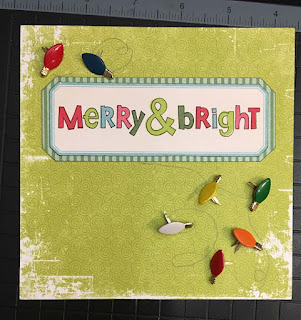 After I was done the decorative sewing, I set the brads, attached my sticker sentiment with foam tape, and went back to attach the panel to my 6x6" card. I used white thread this time, instead of black, so the strand of lights would get more attention than the perimeter of the card. 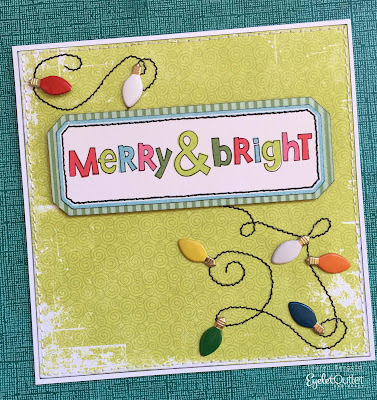 My second idea was to attach the Holiday Lights where they most naturally belonged: on evergreen branches! My first set were diecut from some realistic-looking pine-green cardstock. Which, oddly enough, turned out to be exactly the wrong color choice, since the bulbs didn't stand out nearly as much as I expected. So I went back and this time chose a pale green shade with a very faint abstract pattern, which looks NOTHING like an actual Christmas tree, but showed off the brads to much better advantage. 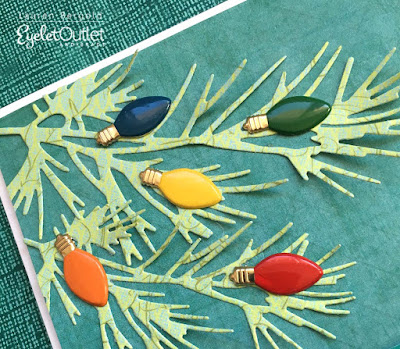 Attaching the foliage to my A2 card, I applied adhesive only to the stems of the diecuts, leaving the pine needles a bit loose, so I could curl them up for more dimension. Because, of course, I knew that when I set the brads on top of the foliage, they would act as a second attachment for the diecuts. 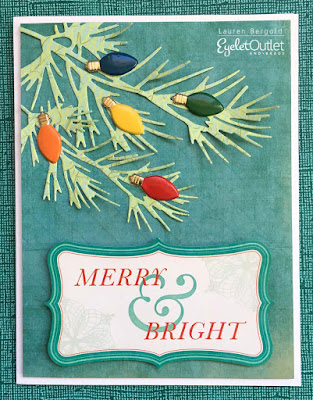 Now that the thoughts of brightly lit branches are in my head, I'm excited to go to the Christmas tree farm next Sunday! But first, maybe I'll make a few more cards... ♥