Some people ignore their crazier craft ideas, but I (Lauren) like to run with them! Lately on Instagram, I've seen some really beautiful illustrated and embroidered alphabet samplers, and I started thinking it would be fun to make something similar with Eyelet Outlet Brads. I considered making a single large piece, like a sampler (and I might still do that, lol!) but then it occurred to me that an ATC-sized minibook would give me room to use several brads for each letter, so that's what I decided to do. Here are the first six pages, which I plan on adding to over the next few months: 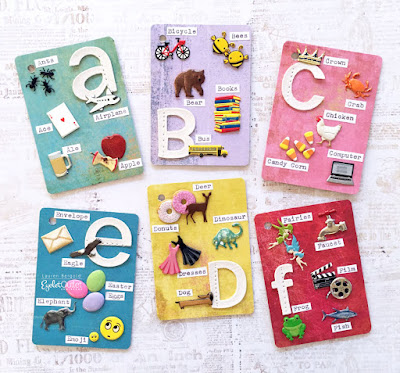 I used an incomplete deck of playing cards as the base for each 2.5 x 3.5" page of my minibook. I covered the numeral sides with nearly solid, brightly colored papers and added the appropriate chunky leatherette alphabet sticker to each page. I typed a label for each brad. Many of the names are the same as their titles in the official Eyelet Outlet store, but in some cases I had to be a little more creative to make enough brads fit each letter. 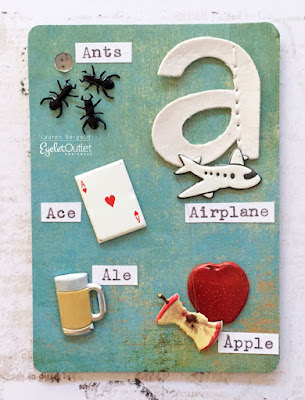 The letter A: has Apple Brads, an Ace from the Playing Card Brads, Ale from our Beer Brads, Ants (technically Mini Ant Brads), and an Airplane from the Travel Brad set. 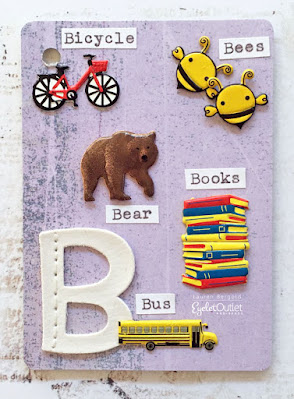 The letter B: has Bees from the Funky Bee Brads (they're on sale!), a Bear Brad, a Bicycle Brad, the colorful version of Book Brads, and a (School) Bus. 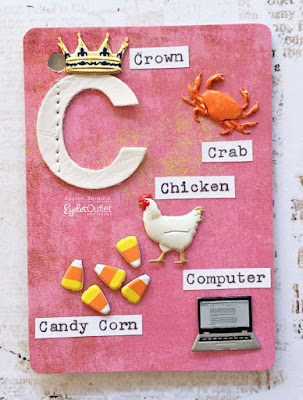 The letter C: is wearing a Crown from the Crown and Tiara set, a Crab from our Crab and Lobster Brads, a Chicken, some Candy Corn Brads and the Computer from the Computer and Headphones set. 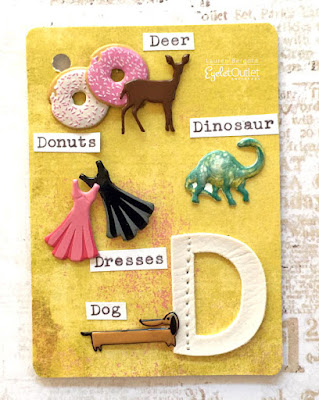 The letter D: consists of two out of three Donut Brads, a Deer, one of the three Dinosaur Brads, a couple of Dress Brads and a (Long) Dog (those are on sale!) 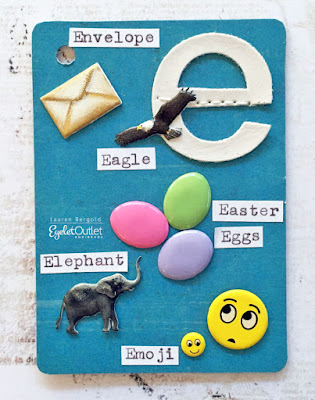 The letter E: has an Elephant from the Jungle Mix, Easter Eggs (technically called Colored Eggs), an Envelope from the Mail Brad set, the flying version of our Eagle Brads and some Emojis from the Emotion Brads and Mini Emotion Brads. 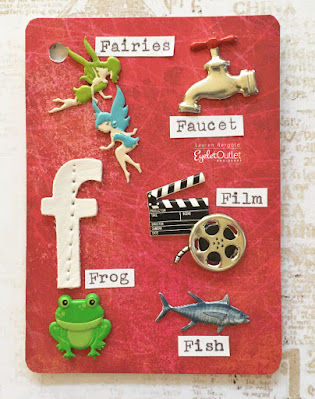 The letter F: includes two flying Fairy Brads, a Faucet (from the Pipe Brads set), a Film (and clapper... technically called Movie Brads), a Frog and a Fish Brad. 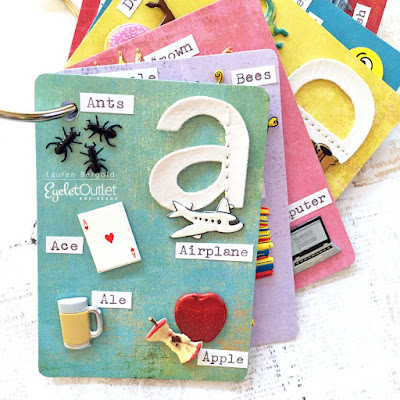 As I was choosing brads for each page, it occurred to me that when I get to the lesser-used letters, (like I and J; or X, Y and Z) I'm may have to double up. But I think, with a little creativity, I can make this work for all 26 letters. Stay tuned to the Eyelet Outlet Blog and see!