As you know, I (Lauren) can never resist a diabolical pun in ANY language, so here's a Spanglish version featuring the unassailably awesome Eyelet Outlet Llama Brads and some fab new Llama Tape, as well: 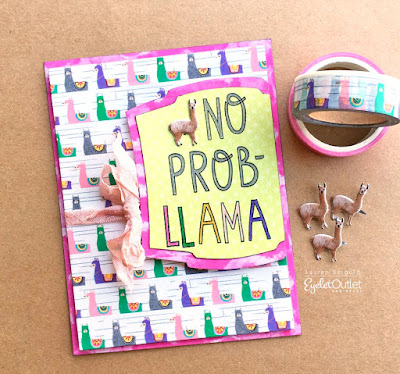 I chose the colors for the rest of the card based on the adorable rainbow llamas on the tape. Of course the EO Llama Clear Stamp Set has some awesome llama-based sentiments, but this time I used a trusty alphabet set to make my own. I made the mats using a fun watercolory pink tape that isn't quiiiiiite in the shop yet, but of course any more or less solid color tape would work perfectly. For the label shape, I covered a small scrap of cardstock completely with neatly lined up strips of tape, then diecut as usual. For the card front, to keep the waste to a minimum, I lined a strip up against each side, and trimmed very neatly, so that I would have a nice square edge to place along the next side. 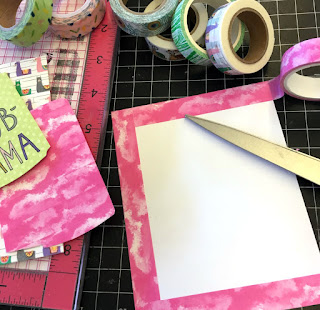 Once all my "parts" were ready, all I had to do was assemble the card. I stacked the mats, set the Llama Brad, and added a bow made from wrinkly seam binding. Et voila! 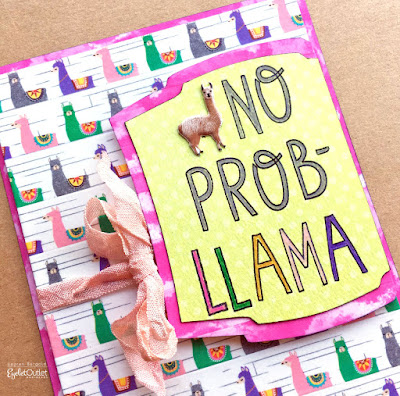 I hope this week will find you with NO prob-LLAMA that cannot be solved with a bit of pretty washi tape and a few adorable Eyelet Outlet Brads! ♥

Lauren Bergold
has no prob-LLAMA
making puns in any language!
Posted by lauren bergold at 3:00 AM